An initiative promoted and sustained by scientific organizations worldwide which aims at encouraging a better understanding of the important role of light from a scientific, social and cultural point of view. This event, which will focus on the topic of the science of light and its performances, is an extraordinary opportunity to increase the global awareness about the potentialities of light-based technologies able to provide a fundamental contribution for the promotion of a sustainable development and global welfare. The various activities proposed will highlight the scientific and cultural value of light and will attract people from all over the world.

Furthermore, a number of important thematic anniversaries will be celebrated as well, like:

Light is a world heritage belonging to everyone: the use, the study and the production of this vital resource have surpassed, over the centuries, any geographical, cultural and generational border thus encouraging the approach of young people to science and innovation. As stated by Nobel Prize John Mather, light is fundamental for the life on our planet and, thanks to the photosynthesis, it helps us see long way back into our deep past when big bang originated the cosmos. It also helps us communicate with other beings here on earth and it may help us dialogue with other possible life forms in the universe. Einstein studied the light thoroughly while developing his theory of relativity. He considered it as a constant of natural laws. Now we know that electrons and protons behave very similarly to light waves and we cannot help being amazed and enraptured. In fact, as Mr Mather pointed out, optics and light-based technologies especially developed in space exploration are profitably employed for devices, tools and appliances of our daily routine.

The opening – organised by SIF (Italian Physics Association) – took place in Turin with the patronage of UNESCO, the city of Turin and INRIM (National Institute of Meteorological Research) in collaboration with the European Physics Society, the International Centre for Theoretical Physics of Trieste, several Italian scientific groups, the Piedmont region and IREN. The Year of Light event was introduced by a lectio magistralis of the Nobel Prize winner for physics in 2001 Wolfgang Ketterle; he was the first scientist to experiment, together with Eric Allin Cornell and Carl Wieman in 1995, on a particular state of matter known as “Bose-Einstein condensate”. The president of INRIM Mr Massimo Inguscio also gave a speech, being one of the pioneers of these cooling techniques. As a matter of fact, at LENS (Institute of quantum optics based in Florence) he got the first condensate of 41-potassium atoms adopting a new technique based on a kind of “magnetic trap”. Therefore, the new cold barrier has eventually reached 3 billionth Kelvin thus creating particular waves called solitons which spread without wasting energy. INRIM is very interested and involved in Year of Light because besides of course the candela which measures the light intensity, the two key units of measure space and time are today linked to light: the metre (defined by the light speed) and the second (defined by the frequency of transition of the external electrons of the 133 cesium atom).

Over the course of this year, a series of initiatives will be arranged especially for schools, with the aim of spreading the knowledge of the science and technology of light. We can mention, for example, the fundamental role of the farthest stars that may help understand how the universe looked like at its very origins. And what about the internet and the communication speeding as fast as light? Light, once more, guarantees the transfer of information in a superfast way. Then, thanks to Carlo Rubbia who discovered the W and Z bosons in 1983 and won the Nobel Prize in 1984, we know the existence of not only the “light” light carried by the photons lacking the mass of electromagnetic interaction, but also the “heavy light”. His bosons have proved that two fundamental natural forces, the electromagnetic interaction and the weak interaction share the same origin and that in the very first instants of the universe they coincided. IYL is certainly a global initiative that far surpasses its astronomical boundaries; one of the main purposes of this international show is to provide further information to the public and make people more and more aware of the importance of light-based technologies. Furthermore, IYL intends to promote a sustainable development and offer solutions for global challenges in the field of energy, education, communication, health and agriculture 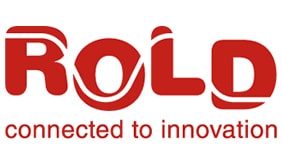 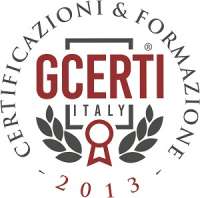 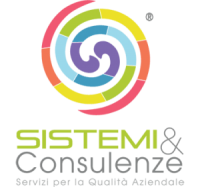 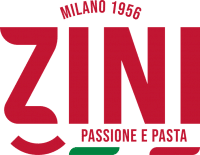